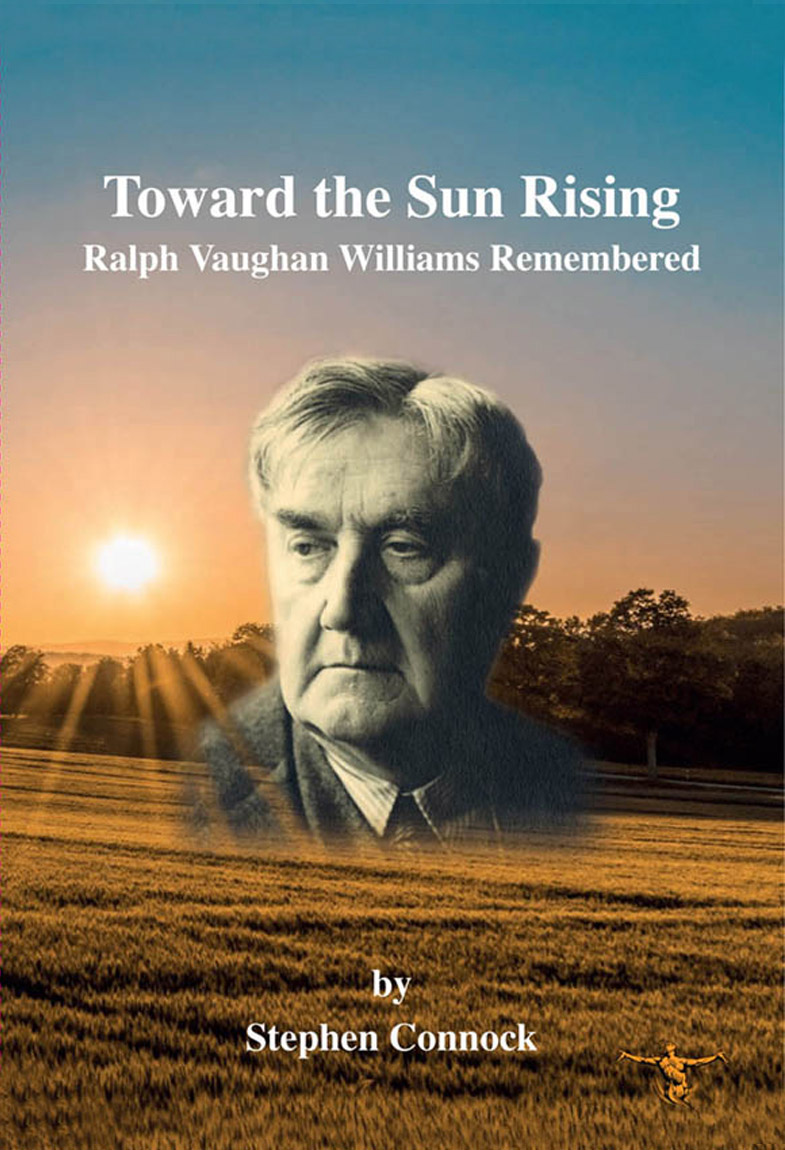 It might surprise many members of the RVW Society that a book of recollections about Vaughan Williams should emerge sixty years after the composer’s death. Its author, Stephen Connock began collecting detailed memories in 1996, working in close collaboration with the composer’s second wife, Ursula Vaughan Williams who gave him introductions to people such as: Simona Pakenham, Michael Kennedy, Roy Douglas, Sir David Willcocks, Ruth Gipps, Jill Balcon and Robert Armstrong. The interviews involved those who knew him as relatives, friends or musical colleagues during his long life. There were even then, a great many people around in the mid-1990s who still remembered him. Stephen began to tape-record the recollections of these individuals and then, with the welcome help of John Whittaker, a member of the RVW Society, began to film contributors. Most of this work was undertaken between 1996 and 2003 and, in total, there are now 67 individual recollections. These are what Stephen calls ‘Primary Memories’ – recollections directly commissioned for his book – and 46 have been transcribed in full in Toward the Sun Rising – Ralph Vaughan Williams Remembered.

To these ‘Primary Memories’ Stephen added 39 of what he calls ‘Additional Memories’, ranging from Larry Adler to Virginia Woolf. These were taken mainly from published books, magazine articles and broadcasts (UK and USA) and also from unpublished sources in the Vaughan Williams Collection at the British Library in London. These ‘Additional Memories’ are generally provided by people who had died before Stephen began his work.

The book brings all this material together in a comprehensive Introduction. In this 77-page Note, recollections are placed in a broadly chronological order, touching on the main developments in Vaughan Williams’s life. This section also includes separate paragraphs on Adeline Fisher, Ursula Wood, the First and Second World Wars, Vaughan Williams as teacher and conductor and brief comments on Vaughan Williams and religion as well as politics. Alongside the ‘Memories’, other material has been added, mainly from unpublished sources in the British Library and from Stephen Connock’s collection of the letters of Ursula Vaughan Williams which she gave him for use in this book.

Toward the Sun Rising also includes 110 photographs and a number of other illustrations, mostly given to the author by Ursula Vaughan Williams. Some of these have not been published before.

‘A job well done. Indeed, as a Vaughan Williams companion, Connock’s rewarding anthology (timed to mark the 60th anniversary of the composer’s death) is hard to beat, and enthusiasts will surely derive much lasting pleasure from it.’
Andrew Achenbach The Gramophone, September 2018.

‘Altogether, a charming and richly detailed introduction to the composer and his circle’.
Daniel Jaffé BBC Music Magazine, July 2018.

‘It is the recollections of 67 people that form the background to this tremendous book…These recollections alone would have marked down the book an indispensable and invaluable contribution to our knowledge and appreciation of the composer, but there is far, far more…The icing on the cake is what is described as a ‘Biographical Note Informed by the Memories’. Some note! At 75 pages it is a book in itself, and a delightful picture of a great composer and great human being’.
Martin Bird The Elgar Society Journal, December 2018.

‘All Vaughan Williams enthusiasts and scholars owe Stephen Connock a debt of gratitude for his initiative…The section on Adeline Vaughan Williams is particularly original and probing. A collection of rare articles on Vaughan Williams completes this invaluable resource for future researchers’.
David Manning Journal of the RVW Society, June 2019.

‘In all, the ‘Primary Memories’ are a goldmine of information about Vaughan Williams…Toward the Sun Rising is an important (and thoroughly enjoyable) addition to the Vaughan Williams literature…It calls for a sustained round of applause both for Stephen Connock and for Albion Music’.
Allan Atlas North American British Music Studies Association, Fall 2018.